Release that Witch Wiki
Register
Don't have an account?
Sign In
Advertisement
in: Characters, Female Characters, Deceased,
and 10 more

Chapter 2
Tyre was the head maid of Roland Wimbledon. Her assassin code name is "Kingfisher" (翠鸟).

Tyre was a pretty woman and she stood out among other maids who were shabby looking.

On the surface, she was a blushing maid that would do her job goodly. She also withstood Roland's every advancement, in order to assassinate Roland. She was a trained spy under Garcia Wimbledon.

She is one of Garcia Wimbledon's secret agents that tried to poison Roland with a pill. It failed.[3]

Having followed Roland for a long time, Tyre was directly promoted to head maid by Roland himself upon their arrival at Border Town. With this arrangement, Roland was able to have her attend upon himself exclusively. Her room was next to his, and she kept her position as the head maid for three months, until after Cheng Yan's transmigration into Roland's body.

Although Roland previously tried to sleep with her numerous times, she rejected his attempts.[2]

She has been Garcia's spy and was nearby Roland to watch him and eliminate if the need arose. She managed to poison him with an alchemist pill, the prince did die, but Tyre didn't know Roland was replaced by Cheng Yan. Thinking that she had failed, she resolved to perform the assassination again without failure.

After the failure, Tyre got new instructions to kill Roland during the disturbances Longsong Stronghold had amidst the Months of Demons.[2]

She was exposed by Nightingale and killed herself with poison before the witch could interrogate her. To cover her death Nightingale faked accidental falling from balcony.

From one of her letters, Roland discovered that Tyre was sent by Garcia and that she had a younger sister taken by Garcia to guarantee her obedience.[1] 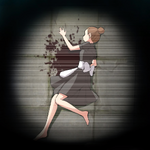