What's on your mind?

So I just finished reading the book on some pirated website and Ive gotta say, DAMN, its pretty cool, but I feel like the ending is a little rushed, but other than that its a masterpiece in my mind.

In the character infoboxes, there is a status column that states whether that character is alive or deceased. Do you think it would be better if this information was hidden under a 'Hide Spoiler' button? 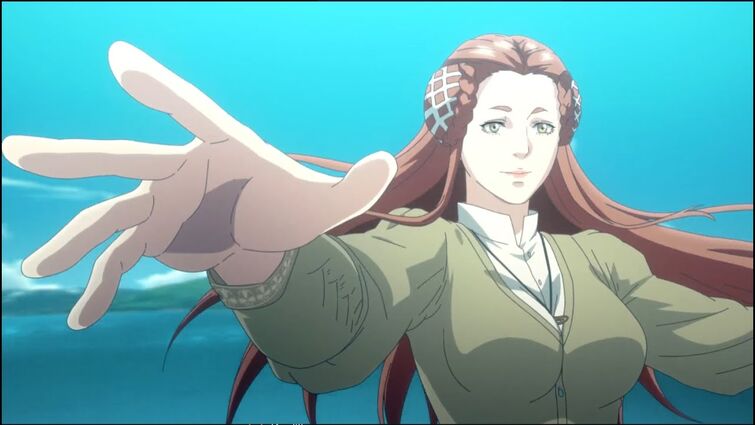 I was reading this and then I stopped for a bit and now I am rereading the manhua. I didn't read from the start so I forgot what quint is. I am also surprised that there isn't a page about it. Is it because quint doesn't exist or has a different name?

As the title suggests, that's all i want to know...

And all I can say is that reading this leave an impression on me... Half of it is due to the inability to comprehend this beautiful shit... Hopefully we can read more chapter and see how humanity, demons and other civilization(if their is) acts in the very future... Please share info if their is one wither this continue or not...

Even if the ending highly suggests three of them are together, it was never confirmed Nightingale and Roland are married in the entire novel, so stop putting Nightingale’s status as Roland’s wife, it’ll give many people wrong idea that the novel is another harem-fantasy, when it’s not.

The Author’s wife was strictly against multiple romance and he followed her advice, but still he left an open and rush ending, you can speculate anything from the ending, but in the end it’ll just be speculations... nothing official.

Since, the author never specifically mentioned anything about the marriage, Anna is the only wife. Just because three of them are living together doesn’t confirm that nightingale married him, she could be living without any relationship too, who knows.. nothing is confirmed. Even the secret agreement between her and Anna wasn’t revealed.

Was is Hill Fawkes?

When Iron Axe & army were stationed in sedimentation bay, kingdom of wolfheart, someone spreads several rumours to help them get more refugees. He even sends a black letter with note: "This is a present from your most loyal servant. I hope you like it."

honestly it is extremely disappointing to read as much as details of technology, weapons, strategies and quantum physics, and practically nothing about the development of Nightingale and Roland. The author created an incredible universe, passionate characters and an ending without passion.

I believe Nightingale is more suited to be Roland’s romantic partner than Anna, just like 99% people in this fandom, but it’s a fact Roland only married Anna not nightingale.

I know Anna and Nightingale had an agreement and invisible Nightingale stood by Roland & Anna during coronation ceremony but here’s the thing: ROLAND DOESN’T KNOW ANYTHING ABOUT THE AGREEMENT and he wasn’t even aware nightingale was there. So, they’re not married and she’s not his 2nd wife, you can’t just sneak into someone’s marriage and become their extra spouse. Roland and Nightingale also NEVER had intimate moments in the entire story, other than when she kisses him two times.

At the end she lives with Anna and Roland in the dream world because she jumped with Anna into the bottomless land. It never talked about Nightingale marrying Roland even after time-skip. However, they could marry during the timeskip, but it’s never mentioned in the story, so it’ll just be our wishful speculation not fact.

It's a 5 km radius floating island, so it's mass should be lesser than 3 trillion tons (mass of an average mountain). According to Mask, the maximum height was 5000 meters. So, dropping a 3 trillion ton Mountain from 5000 m height will roughly attain a maximum velocity of 1,100 km/hr compared to speed of an average asteriod which is 110,000 km/hr. so, Dropping that mountain will yield an energy of 300 Mega Tons of Tnt or it'll cause a magnitute 9.2 earthquake... Considering Mask, left the control of island near the mountains near hermes. Even if Mask succeded, he'd have caused damage within 1400 km radius, but Neverwinter is 3000-4000 km from Hermes (according to ch 914), so, at worst Neverwinter citizens would have felt an averge earthquake. So, it wouldn’t cause a dinosaur extinction level event as predicted by author, cause the maximum height is too low compared to size of island.

(edited by Bigdickus)
Deity of Gods

What chapter of the novel does chapter 195 of the manhua correspond to?

It has been more than a month and the english translation of the manga is not yet out ... I got some Youtube vids where they had 192 - > 195 chapters but the official link is still not found ... you guys know something..?

What's the novel chapter for the latest manga release(169)

Is there any news about a continuation of the story? I’m so hung up that it’s ended.

As title, tks in advanced...